Your exciting Himalaya experience is in safe hand

11 Most Beautiful place in Kathmandu 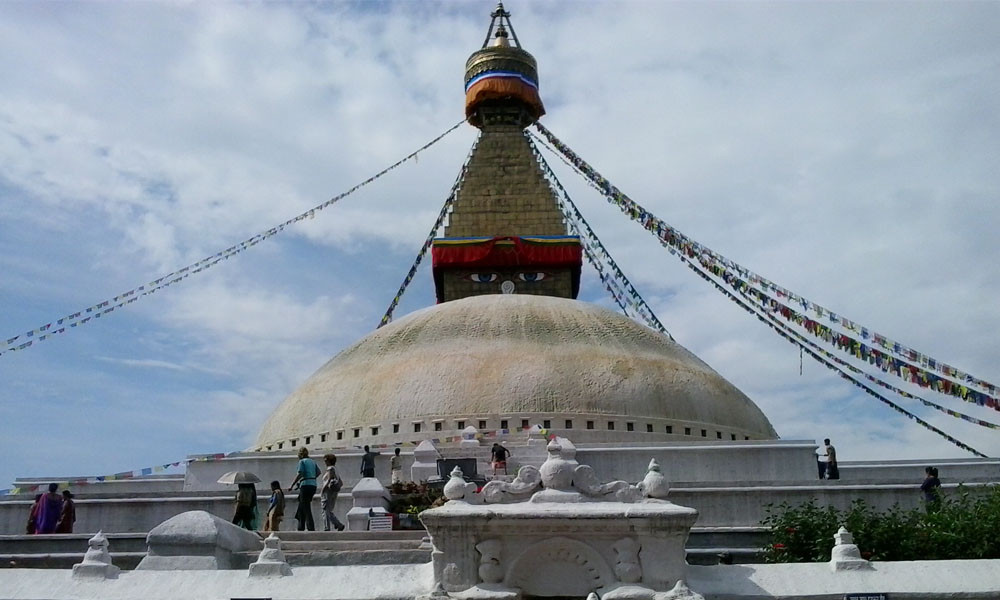 Kathmandu as a capital city has lots of places where you can experience its historic as well as cultural heritage. During your visit you will be able to know the Nepali people. In Kathmandu there are many places where historic and religious identity of the nation and society persist. Kathmandu valley includes two other cities Bhaktapur and Patan to as they are similar with its historical as well as cultural setting.

Pashupati Nath Temple: Pashupati Nath is regarded as god of nation. Situated 5 km. east of Ratnapark, heart of kathmandu, the temple of Lord Shiva is decorated with golden roof and silver doors. It considered one of the holiest shrines for Hindus inscribed in UNESCO world heritage site. It’s the pride and source of inspiration for Hindus around the globe. Although only Hindus are allowed to enter in temple premises, visitors can clearly see the temple and activities performed in the temple from the eastern bank of holy Bagmati River.

Budhanilkantha Temple (Sleeping Vishnu): At the base of Shivpuri hill with about 8 km. northern from core Kathmandu, hosts magnificent colossal statue of Lord Vishnu, lied down on a bed of snakes. This is a masterpiece of stone carving of Lichchhavi period. It has religious significance with its historic art of carving.

Balaju Garden: Northern east part of Kathmandu hosts a unique garden with religious values. The garden features fountains with 22 crocodiles-headed water spouts dating back to eighteenth century. Garden has a swimming pool inside the park.

Kathmandu Durbar Square: It reflects and perserves the modern history of Nepal. It is regarded as seat of royalty. Often called Basantapur Durbar square is surrounded by age old temples epitomizes history with religious and cultural life of the nation and people. It’s the place where kings of Nepal were crowed and their coronations solemnized. Taleju Temple, Kal Bhairav, the god of destruction, Nautalle Durbar, Coronation Nasal Chowk, Gaddi Baithak, statue of King Pratap Mall, Big Drums, Jagannath temple and Kasthmandap are main attractions of it. It’s the area where most of religious celebrations like Indra Jatra, Gaijatra, Vasanta Panchami and others organized. It has inscribed as UNESCO World Heritage Monument.

Goddess Kumari (the only living goddess in the world): Kumari (Vestal Virgin) is regarded as the only living Goddes in the world. Kumari is the representation of ancient Hindu deity known as Taleju Bhawani. Situated in the vicinity of Basantapur Durbar Squire the Kumari Ghar is intricately carved wooden balconies and window screens.

Swoyambhu Nath Stupa: The glorious Buddhist Chaitya Swoyambhu Nath has not only religious significance. It symbolizes peace and love with two eyes impressed for side of the stupa often called two eyes of Buddha. About 4 km. west of Kathmandu center situated on a hillock it presents excellent view of Kathmandu as well as Himalayan scene. The oldest of its kind it was listed as UNESCO World Heritage site.

Patan Durbar Square: Situated at the heart of Bhaktapur city, it becomes focal point for visitors. The Durbar Square with its ancient palaces, temples and shrines holds major attraction. There are three main chowks Mul Chowk, Sundari Chowk and Kesar Narayan Chowk in the Durbar. Durbar Squire presents historical as well as culture history with architecture of Malla dynasty. It was listed as UNESCO World Heritage Monument in 1979 AD.

Krishna Temple: It’s the best example of stone carving; the Krishna Temple was built in 1637 AD. It is supposed to be the first of Shikhara style architecture having 21 spires and is completely made by stone.

Bhaktapur Durbar Square: With renowned 55 windows this palaces is popular for its architecture. The masterpiece was built during the period of King Bhupatindra Malla. Entrance of the palace with Golden Gate known as Sunko Dhoka reflects the Nepali cultural tradition. Palace is surrounded by various temples.

Dattatreya Square: Dattyatreya squire is named influencing from Dattatreya temple dedicated to a three-headed combination of the Hindu deities Brahma, Bishnu and Maheshora. Its the best example of temple as ornamented with culture and carving.